Remembering the Past While Moving Forward

Never met her, never heard any stories of her, never saw this picture of her until way after my father died and then I found a photo of her, Maria Halloran Laforet. 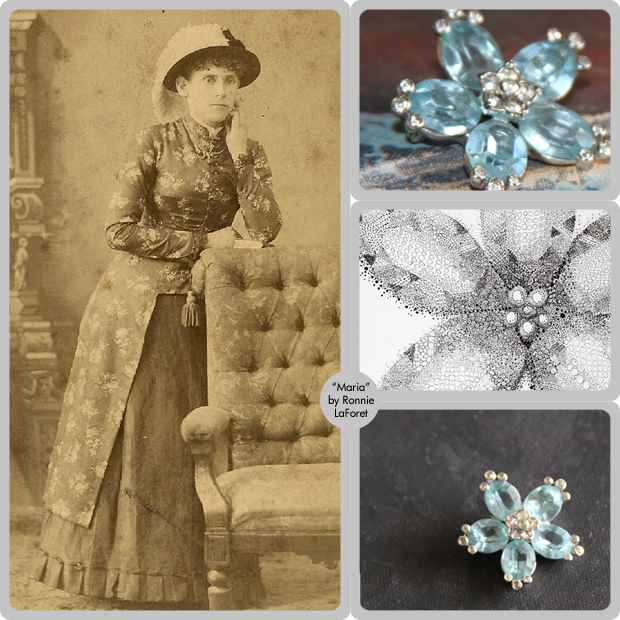 Maria was born in London Ontario to Irish immigrant parents.  At 28, she married Alexander and had five children.  But hey look at that ostrich feather in her bonnet.  She is tall as most of my family is. I’d like to think of her costume as navy linen or perhaps maybe claret colored. I really love the pleats at the bottom of her skirt with a small ruffle. My brother, Hank, has her ears……..we always wondered about that. Sometimes she used the last name of Laffrey as well as some of her children.

I wouldn’t have been born if she hadn’t had the survival skills that kept her family thriving. An internet site (ancestry.com) listed the information such as her name and all the names of the women (as well as men) that make up the thousands of relatives I may have never known.  Mostly struggling farmers, their history goes back to the 1600’s in New France as well as native people; all of which are survivors, all of which were optimistic enough to not give up. Some part of them, exists in me today.  I need to know that, to remember that. 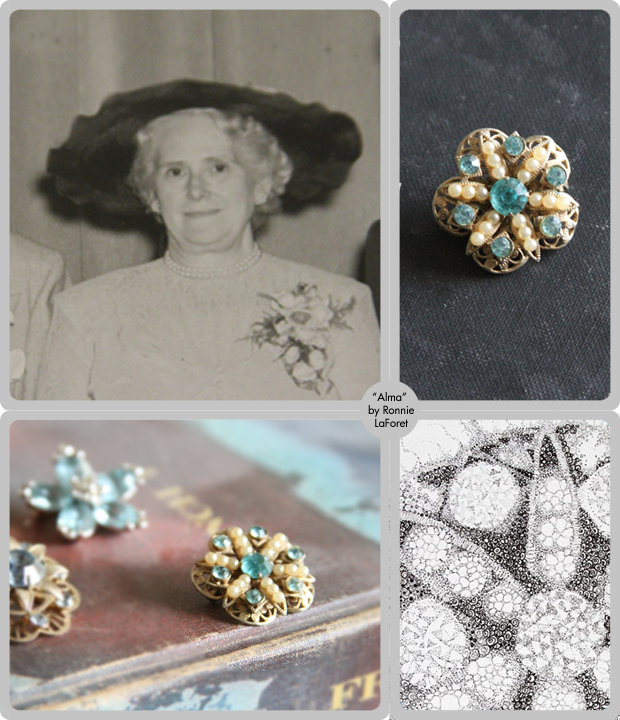 I started this series of brooches: 10×10” image on 12×12” paper; each drawing is named in honor of the women I have found through census records, church records and other families’ shared stories.